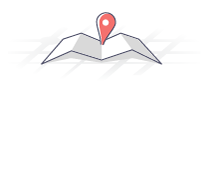 Your unique opportunity to own a traditional historical French colonial house in the tropics of the South Pacific.

This beautiful home was built by the Ballande trading group during colonial rule in the New Hebrides. Now known as Vanuatu, the New Hebrides was under the condominium rule of both the British and the French.

The Ballande Trading group built this magnificent home on the Second Canal at Luganville on the southern French side of town, over the Sarakata River, in the early 1900’s to be used by their shareholders.
Luganville is the main town on the island of Espiritu Santo, a northern island in the Vanuatu group of islands.
This home is one of the first colonial homes built in Luganville.

Constructed of timber, in the traditional shiplap design, raised off the ground on brick/concrete pillars, it grandly stands in 2,500 sq m grounds, equivalent to 3 building blocks, and captures the era it was built in.

It has withstood the weather and times and has been restored to comfortable, cool tropical living.
With its ship lap timber cladding, louvre windows and wide eaves it catches the breeze from all angles, keeping the house cool and well ventilated.
In 2000 when the house was being restored the walls were reinforced with steel rods and marine ply cladding to enable the house to safely see another century!

Inside it is open planned living. The original French oregon timber flooring throughout has been restored to its former glory adding a warm and welcoming charm.
The front door opens into the lounge dining kitchen area with French style double pillars. This large spacious area is timber panelled to 1m in height with a moulded dado rail capping. It also features a unique curve panelled wall.

2 bedrooms and a bright, louvred window sunroom/TV room, branch off this area.
The 2 bedrooms have original ensuites connected (not restored).

A door from the main living area leads to the back outside walkway and to the large main bedroom.
This main bedroom has a dressing room alongside with large robes and possible office/computer area. (Could serve as a nursery.)

All main rooms and bedrooms have overhead ceiling fans.
There is a large bathroom and separate toilet adjacent to the main bedroom fully restored with Rosewood timber flooring and bench tops, bath and large shower recess with clear glass panels and door.

The kitchen, with plenty of storage cupboards in keeping with the proportions of the house, cupboards both under the bench and overhead, has a lustrous rosewood bench top. The gas cook top has a retractor range hood which ventilates outside.

The main house is connected to the original kitchen/servants quarters by a walkway.
[The kitchen has been re-established under the main house roof for convenience.]
The outer quarters, presently used as a laundry house and storage could easily be restored into a guest quarters with room for an ensuite.
Under the front veranda are 2 large rainwater storage tanks, with enough storage capacity, to supply the house with water via an electric onga pump. There is a filtered water tap in the kitchen for drinking water.

A large 3 space carport has been built and is high enough to house a boat or store equipment from the rafters.
Both the front and back verandas continue to be a work in progress.

The gardens! Where do you start? They have been lovingly restored and are continually being cared for with new garden beds being established. It is a delight to amble through the grounds with lawn paths leading one around the property. 2 huge original frangipani trees stand majestically surrounded by tropical shrubs with lush ferns and orchids attached to their huge trunks.

There are a variety of fruit trees that have been planted. Lime, avocado, grapefruit, custard apple, paw paw, mango, passionfruit, soursop and banana palms provide tropical fruit for the owners.
There are a huge variety of established tropical flowers providing an array of colour for the garden and flowers for the house. A large variety of native birds are attracted to the property with the trees and shrubs providing a sanctuary for their safety.

The property is edged with a wire fence line and is planted out with hibiscus hedge providing privacy and safety with palms along the front and sides of the property. There are large original trees along the side and back boundaries, including astoundingly huge mango trees covered in vines, ferns and orchids.

Take the opportunity to own a part of the history of the South Pacific and have your very own plantation house in a little bit of paradise!